The Myths of Self-Organizing Teams 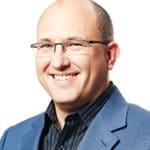 The concept of self-organizing is central to Agile practices like Scrum and Kanban. The idea is simple: rather than being based on roles and individual responsibilities, people volunteer for tasks and a team continuously collaborates on all of the work.

But that can be scary. We at BERTEIG encounter this a lot.

Much of the fear stems from the belief that people are naturally lazy, dumb and need to be managed in order to be productive. But we have found time and time again, in our training, coaching and consulting engagements, that these are just myths.

So let’s delve into the three most common myths we encounter.

The concept of people being lazy is mostly based on a very strong cognitive bias called the “fundamental attribution error,” where people tend to place more emphasis on personal and internal explanations rather than the circumstances. The bias comes in when we see someone else’s mistake and blame it on their personality. We then think that those mistakes emanate from other people because of personality explanations.

Often, most organizations put in place a lot of bureaucracy and processes to prevent personality problems when, in fact, they really should be worrying about situational circumstances.

So, when talking about self-organization, managers often struggle with this concept because they’re worried that people will take advantage it and will not have that sense of urgency if you allow volunteerism at the workplace instead of telling them what to do.

Stopping the blame game can change the environment of the team.

There are a few things that we can talk about to help people, including our managers, cross that gap into allowing the self-organizing to happen more effectively. Instead of doing the blame game whenever mistakes are made, offering help to that person through indirect questions should be done. As a Scrum Master for that team, you then create an environment where team members feel safe to ask for help. Hence, destroying this myth of people being lazy will start creating more opportunities for people to self-organize, and to do so more effectively.

This next myth implies that people don’t have the intelligence, the knowledge or the problem-solving skills to do their job without direct oversight. If you are in a knowledge-work situation,  the chances of anyone in your team having a true learning disability is low, which means that the people you work with are not dumb. But if you treat them like that, you’re missing a huge opportunity.

We need to focus on the concept that learning is not only possible but also is a source of excitement. Letting people know that learning is allowed and continuous learning through research, experiment and skill development are encouraged will make people feel more sure of themselves and less likely to doubt their own abilities. Also, similar to this idea about people being lazy, you need to create an environment where team members are helping each other learn through cross-training.

Myth #3: “There’s no such thing as Self-Organizing.”

This usually comes up because self-organizing includes no mandated roles and the team creates its solutions without outside input. But you’d be amazed what can actually happen when a team is released on their own to figure things out for themselves. Once you get past the initial hesitancy to relieve people of formal titles and a hierarchal structure, your team will really have its opportunity to shine.

This article was transcribed and adapted from a recent webinar presented by Mishkin Berteig.

Mishkin Berteig has been training, coaching and consulting for organizations adopting Agile since 2001. Mishkin co-founded Berteig in 2004. Mishkin is committed to helping individuals, teams and organizations apply Agile to transform their way of working.

Mishkin has developed and delivered Agile training both in public and in-house seminars for over 5,000 people in Canada and abroad. Courses have been as short as three-hour intro-style and as long as five-day boot-camp-style, and audiences have ranged from junior team members to senior executives. Mishkin has been a Certified Scrum Trainer (CST) since 2005.

BERTEIG Consulting works with the world’s most ambitious people and companies on the planet, fuelling their businesses with faster delivery of higher quality work from a happier workforce.

Berteig is a Canadian education development and delivery firm specializing in helping your company develop knowledge, motivation and skills leading to measurable improvements in quality, speed and happiness.

Icons made by Freepik from www.flaticon.com